The interview was in part spurred by Muir Analytics’ SecureHotel Threat Report product: an intelligence report that tells the who, what, when, where, why, and how of terror attacks on hotels the world over. See SecureHotel.US for details.

Highlights of the article:

“…Jeff Moore, CEO of Muir Analytics, a company that provides terror and insurgency risk assessments for corporations worldwide, said there is a rising trend of global Islamist terror attacks against soft targets that governments have to start grappling with.

“There is an Islamist jihadist saying, ‘Why take on a lion when there are plenty of lambs around to be slaughtered?,’ and this is part of that trend,” said Moore

“We have a whole swath of terrorists that are willing to go after soft targets, and governments haven’t quite gotten to the point where they are increasing security to the degree that it needs to be increased, and neither, quite frankly, is the hotel and resort community worldwide,” he added. 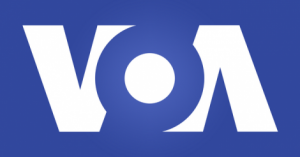